KENWOOD Amateur Radio System to Be

Employed for experimentation and communication

between astronauts on-board ISS and school students around the world

JVCKENWOOD Corporation (JVCKENWOOD) is pleased to announce that its Kenwood TM-D710GA amateur radio equipment has been selected for operational use on the International Space Station (ISS). The TM-D710GA is designed for use on the ISS, and will be installed in the Columbus European laboratory sometime after the March 7 successful launch of SpaceX CRS-20 (Falcon 9 rocket). TM-D710GA will be used for communications between astronauts and school children participating in the Amateur Radio on the International Space Station (ARISS) educational outreach program. Astronauts can also use it during their off-duty time and as a backup emergency communication tool.

Based on our proven track record, KENWOOD amateur radio equipment was installed on the space station MIR launched by the former Soviet Union. The TM-733E/A and TM-V7A models were employed on Mir in 1996 and 1998 respectively, and provided packet communication and transmitting SSTV (Slow Scan Television) services.

KENWOOD TM-D700E amateur radio equipment was installed on the ISS in 2003 at the request of ARISS. ARISS was established to promote science, space and radio technology education through the operation of amateur radio equipment in space. Since then, KENWOOD radios customized for the the ISS have been developed based on ARISS specifications.

TM-D710GA, which was selected this time for installation on the ISS, is designated by ARISS as the next generation radio system. This model features special specifications for use on the ISS, with a heat dissipation performance for microgravity, as well as enhancements, additions, or changes of core operational functions. TM-D710GA will be used for School Contacts, an ARISS program that provides children around the world with an opportunity to communicate with astronauts in space. In addition, it will be used to support the operation of SSTV (Slow Scan Television) to transmit still images, provide packet radio communication, run a voice repeater and serve as backup communications in case of a communication failure between the ISS and the ground station. This model is also slated for installation on Zvezda, Russian service module on the ISS, around the end of 2020.

JVCKENWOOD, as shown by this contribution to this international space project, is committed to providing products and solutions that sustain and enhance corporate value while making contributions to society. 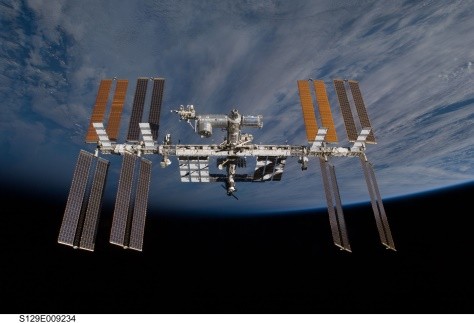 TM-D710GA will be placed aboard the ISS