Making Products that Make a Difference

The JVCKENWOOD Group, as a customer value creator, works to create products and services that help resolve social issues as it contributes to

achieving the SDGs through its products and services. In addition to these initiatives, we are leveraging our products and services to contribute to society in various areas, such as helping people who experience difficulties due to hearing problem or excessive auditory sensitivity, enhancing the efficiency of snow removal operations, revitalizing regional economies, and more.

In recent years, there has been a growing interest in protecting people from hearing loss as well as helping people with excessive auditory sensitivity who find certain sounds that many others don’t find unpleasant uncomfortable or overbearing enough to disrupt their daily lives. Demand is accordingly increasing for hearing protection devices (earmuffs) that reduce unpleasant sounds and noise simply by wearing them and don’t require recharging. The JVCKENWOOD Group offers its EP-EM70 earmuffs to various facilities. This product is designed to improve the quality of life of people who experience difficulties due to excessive auditory sensitivity and help reduce stress for people who are bothered by everyday ambient noise.

The EP-EM70 provides stable sound insulation performance for a wide range of sounds from high to low frequencies and boasts a noise reduction rating (NRR) of 23–31 dB (ANSI S12.6)/19 dB (ANSI S3.19). It not only protects your hearing by blocking out unpleasant sounds and noises around you when you're out and about, but can also be used by those who are not hearing-sensitive when they want to concentrate on their studies or work at home, or when they just want to enjoy some quiet time. It also offers user-friendly features, such as the headphone-like design, which redefines the image of earmuffs as hearing protection devices, a comfortably fitting headband, and a shape that prevents pinching of the fingers.

This product is enabling the JVCKENWOOD Group to help people with hearing sensitivity by easing the pain they face in their daily lives related to sound so they can go out freely and have a wider range of life experiences. 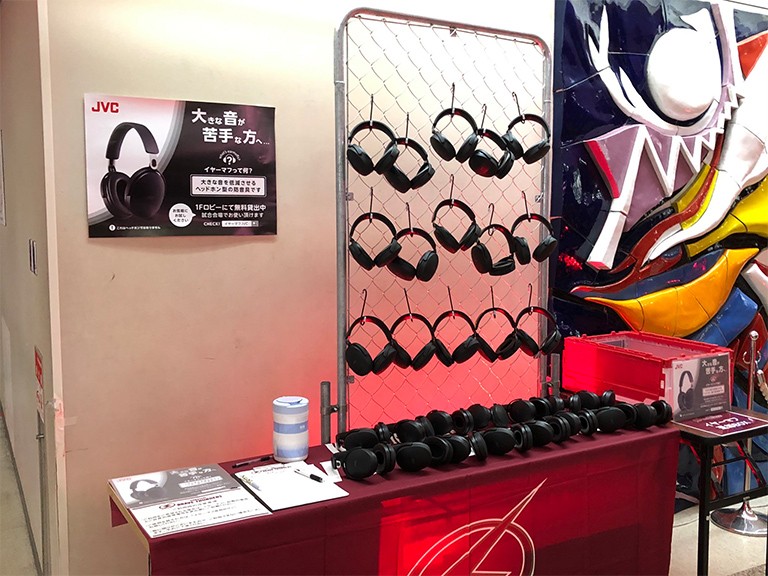 In Hokkaido, where there is a large amount of snowfall, snow removal plays a vital role in maintaining economic activity and preventing traffic accidents. The JVCKENWOOD Group’s dashcams contribute to increasing the safety and efficiency of snowplows.

We provided a Sapporo-based company operating a fleet of about 100 snowplows with dual-lens dashcams that record rear and forward footage to be used on a trial basis. After two years of testing, the dashcams were found to be highly effective in preventing accidents during snow removal operations, investigating and explaining circumstances when complaints were received, and providing safety instructions using the recorded footage.

The increased use of dashcams in snowplows will improve the efficiency and safety of snow removal operations, which will not only reduce the cost of winter road maintenance but also improve overall quality. Since the use of dashcam-equipped snowplows is not yet widespread, the JVCKENWOOD Group will focus its efforts on promoting its dashcams to government and industry organizations in order to expand their use in areas where there is a large amount of snowfall. 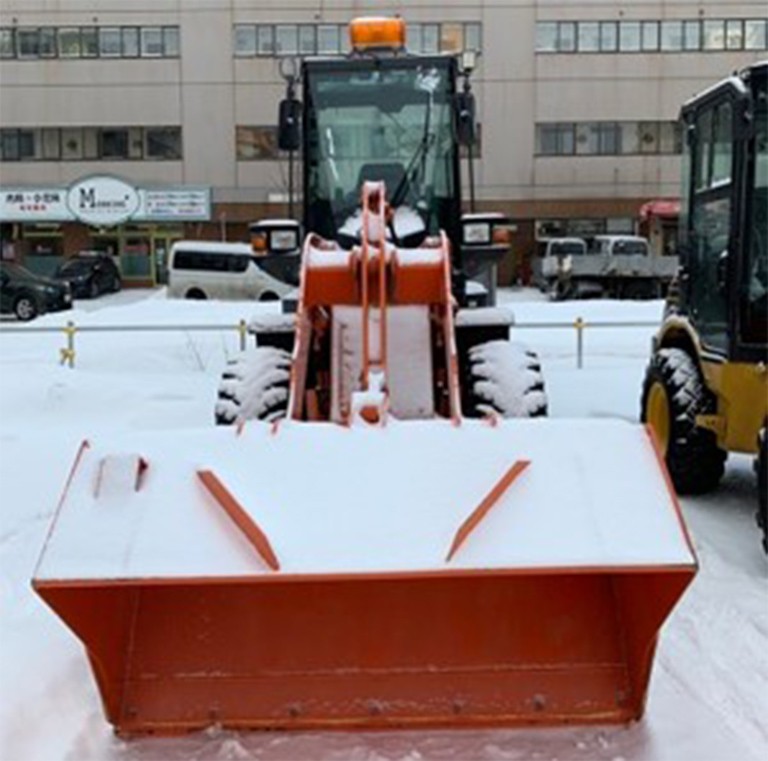 JVCKENWOOD Design Corporation offers Forest Notes, an online live streaming service that allows users to listen to forest sounds in real time. Working with forests that deliver sounds and partners who spread the word about the concept of Forest Notes, the company aims to create a platform that will make people feel the forests and want to cherish them.

Forest Notes is an ongoing project. JVCKENWOOD Design continues to seek various communication methods to enjoy and utilize sounds of nature with local communities. It has leveraged the live streaming of forest sounds to participate in aiding the reconstruction of areas affected by natural disasters, support art events and artworks designed to help solve the depopulation problem through regional revitalization and hold educational programs. In 2019 JVCKENWOOD Design signed the “Cooperation Agreement for Regional Co-creation and Regional Revitalization” with Morotsuka village in Miyazaki Prefecture, affirming that they would work on regional co-creation and revitalization with an eye to promoting the use of forest resources and local tourism.

Working together with local communities, the JVCKENWOOD Group hopes to leverage Forest Notes live streaming of “forest voices” to communicate the importance of forests that nurture rich ecosystems and serve as watersheds to provide us with delicious water. ASK Industries S.p.A. (Italy) worked with a local vestibular research laboratory (a private research institution for otorhinolaryngology and audiology in Italy) on a project to develop a balance training program designed to improve scooter operating skills. Its virtual room makes it possible to conduct training on various types of roads (from paved streets to rough terrain such as gravel and cobblestone), which are difficult to replicate with existing simulators, making indoor simulated driver training more effective than ever. The knowledge gained through this project was provided to Ferrari and Ducati driving schools so they could help drivers improve their driving skills and prevent accidents.